Lucy Steigerwald at VICE.com: In Grudging Praise of Eric Holder An Anti-Kal Penn Addendum: He Also Sucks on Marijuana

Kal Penn in Harold and Kumar Circumvent the Fourth Amendment

This is Kal Penn. 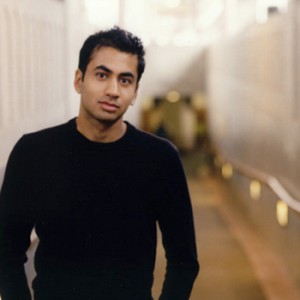 Notice the dark hair, eyes, and complexion. Born Kalpen Suresh Modi, he changed his name once he became an actor because he thought his birth name inhibited his ability to get call-backs on auditions.

Penn rose to movie notoriety through the “Harold and Kumar” series. In Harold and Kumar Go to White Castle, Kal’s character Kumar and his best friend Harold (John Cho) suffered a series of misadventures punctuated by racist cops and racist “extreme” punks, while interacting with stereotype-busting Asians and put-upon African-Americans who were thrown in jail for no reason (other than being black). In the sequel Harold and Kumar: Escape from Guantanamo Bay, Harold and Kumar are sent to Guantanamo Bay because Kumar is mistaken for a terrorist. 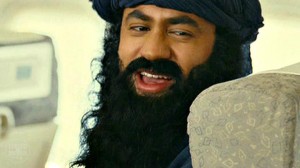 Why is this important? Because of irony (and not just the Alanis Morissette kind).

On Monday, a federal judge ruled the NYPD’s controversial stop-and-frisk policy “violated the constitutional rights of minorities in the city” and could not continue in its current form.

Naturally New York city Mayor Michael Bloomberg was upset that his pet project was put on the skids.

More surprising was the support the law received from Mr. Penn.

Irony: the star of a franchise whose central theme revolves around the fallibility of stereotypes — and the problems that arise from it, decides to come out in favor of a law that stereotypes African-Americans (and Hispanics) as criminals that don’t deserve protection under the Fourth Amendment.

Kal, a fervent Democrat and who worked as associate director for the White House’s Office of Public Engagement until 2011 (read: he was a hype man for Obama,) fancies himself a future political star. Unfortunately it looks like he’s also a racist.

@kalpenn Why do you think it is a sound policy? The statistical data shows that the policy disproportionately targets blacks and latinos.

You’d think that an actor who rose to fame in a movie franchise that revolves around breaking stereotypes would be a little more sensitive to the plight of minorities.

Unfortunately Kal didn’t soak up any of the information gleaned from these movies. Hopefully he’ll learn something from the upcoming sequels to the Harold and Kumar series: Harold: Because Kumar got Renditioned and Harold and Kumar Don’t Get to Go to White Castle Because Kumar gets Killed by Racists Who Think He’s Muslim in the Post 9/11 Fervor.