(New York City) Photo of the Day: The Unbelievers Frat Me Mama Like a Wagon Wheel 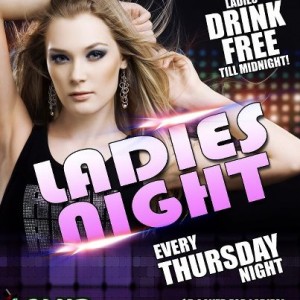 Ladies. Am I right, fellows?

I am going to violate feminism right now and tell you to pay attention to several ladies who have nothing to do with each other except their gender and my love for them. Sorry for the tokenism/yay for the greatness.

1) Tavi Gevinson: Ha, laughed some people, Lucy is a god damned hipster after all. Also, she is not a teenage girl, so she is not allowed to be a fan of teenage girls. But, no, Tavi Gevinson is 16 years old and adorable and stylish gave us the best website ever for (technically) teenage girls. It is a web magazine called Rookie. It has a whole mess of stuff, some great, some just okay, but all of it worlds above any content in any print magazine marketed for teenage girls (no offensive, good Sassy, because I don’t remember you).

Tavi, according to her editor’s notes, is also working through ignoring that whole overly self-aware thing where you wonder if you like certain things because they’re cool and hipsterness, blah, blah, blah. Nah, she is genuine, and therefore actually fucking cool. And I am old (relatively speaking) and Tavi is a pipsqueak, but she makes me feel (the way my love Kennedy does) that you don’t have to grow up and wear beige all day so that people take you seriously as an adult. And who wants to do that, anyway? Mismatching, and putting shit you love on your walls and around your house until you die! Woo! (Manic pixie dream girl life crisis? Fuck you, no. The Smiths are pretty great.)

Rookie makes me want to flip off Luddites who scream about the death of print for hours and hours. If you don’t understand why a teenage girl magazine that included “Top Five Cryptoid Crushes” and why Hedy Lemarr  rules is inspired, you were never, ever, ever a weird teenage girl. And that’s okay, but you don’t get it, man.

2) Cary Ann Hearst: Cary Ann Heart of the staggeringly hardcore, cute, and sexy country duo Shovels and Rope. Shovels and Rope who were the best completely mysterious opening band ever. Cary Ann Hearst, who perfectly encapsulates the question usually provoked by male musicians — do I want to be you or marry you? Cary Ann Hearst who is all witty banter and sings all guts. And her hair, her crazy-ass hair. I love this woman. I love her stage persona. I love her chemistry with her (I think) husband Michael Trent. Their records are worth picking up, but their live shows are mandatory. Before you manage the latter, check out this whole series of live performances which I believe will eventually be part of a documentary on the pair. Look here, here, here, and here. Maximum cuteness with her and Michael Trent here. And if she doesn’t break your damn heart and raise the hairs on the back of your neck over here, you have no soul at all.

3) Wendy McElroy: McElroy is the libertarian lady of choice in your life, if you are living correctly. She saw the word “feminist” and was like, yeah, I’ll take that, statists. Her new book, The Art of Being Free, taught me about the best libertarian newspaper dude ever — R. C. Hoiles. It also explicitly looked and talked about the divide between wanting to be both of the two versions of Henry David Thoreau — the one who went to jail so as not to pay a tax that funded war and slavery, and the one who came out of jail, went berry-picking with some boys from town, looked over the rolling Connecticut hills and thought “the state was nowhere to be found.” She knows the conflicts, the warring feelings between just living free and wanting to not help to do evil towards your fellow man and lady. What I mean is, McElroy is the lady who wants to let you be, but she would appreciate you returning the favor.  She is great. Read her.