Why You Can’t Do Anything About Global Warming, in One Graph Lucy Steigerwald on Traces Of Reality Radio Talking Drug War Politics 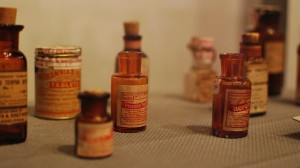 Here at The Stag Blog we love Philip Seymour Hoffman and mourn his passing. I also believe that legalized heroin would save lives, especially those of the less privileged addicts or sometime-users of the drug. The idea that anyone has to weigh the fear of arrest and prison with the fear of them or a friend overdosing is a horrifying one. Those laws need to be changed now, not a few more decades after the David Brookses of the world accept that their marijuana hypocrisy might be excessive.

The below VICE piece doesn’t even cover the (also important) point that some people can do heroin or other hard drugs and not become addicted (check out: Jacob Sullum’s phenomenal Saying Yes: In Defense of Drug Use) and that all of this should be a personal choice, and morally speaking it is one.

When people talk about ending the drug war, they usually mean “no one should go to prison for marijuana.” There’s no doubt the public has shifted its collective opinion on pot—currently, a majority of Americans believe it should be as legal, regulated, and taxed as tobacco and alcohol—and naturally, politicians are beginning to sense the way the wind is blowing. But elected officials, like people at large, are less gung-ho about legalizing the harder drugs.

First, let’s clarify that no one is recommending that we all follow Philip Seymour Hoffman’sexample and start shooting up. Heroin is awful. Don’t do heroin. It fucks up your life. But as the case of the fentanyl-cut heroin that has killed 22 people in Pittsburgh illustrates, the only thing worse than legal heroin is illegal heroin.