Photo of the Day: Pokey LaFarge Saturday Six: Things That Should be The Subject of Songs But Aren’t Yet 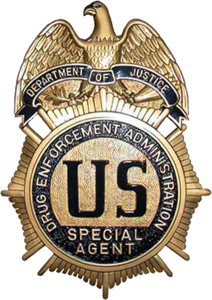 So, the government is shut down…and by shut down, they mean to hell with national parks, WWII memorials and the veterans who want to visit them, and kids with cancer, but dammit, 87 percent of the Drug Enforcement Administration counts as essential!

Turns out there’s a name for this blatantly political effort to make government feel essential — it’s called “Washington Monument Syndrome.” Makes sense. This game is not new. And liberals are the ones who always fall for it the hardest. They tend to respond to libertarian suggestions of even light trimming with “BUT THE PARKS AND THE ROADS AND THE DEPARTMENT OF HUGS FOR POOR CHILDREN WILL GO FIRST.”  No matter how radical you are, even a full-on anarchist knows we’re not going from choking on the corpulence of this government to frolicking in the rainbow and puppydog-topia of pure voluntaryism in one day. And before we get to those cancer kids, there’s a whole lot of stuff to get rid of.

With that in mind, please enjoy my latest VICE piece and just revel in the wretchedness of my number one pick for non-essential, fired forever, burn down their building and laugh at them agency. (They’re allowed to leave the building first, however. Because I’m nicer than they are.)

If last month’s revelation that the the Drug Enforcement Administration (DEA) has been keeping a database of phone logs since 1986 wasn’t bad enough, here’s further proof of the intrusiveness of the agency’s tactics: a lawsuit being fought between the DEA, Oregon, and the American Civil Liberties Union (ACLU) hinges on the fact that the drug warriors believe they should have easy access to the Oregon Prescription Drug Monitoring Program (PDMP) database and have been acting on that belief, even though it contradicts state law. In plain English, the DEA says that if your medical records are shared with a pharmacy—something that happens routinely thanks to the PDMP—you lose the right to assume that that information is private, even if lawmakers in your state disagree with law enforcement.

The basis for the DEA’s legal argument is the third-party doctrine, the precedent the government leans on if it wants to look into your credit card charges, your utilities bills, your emails, or anything else that you have shared with someone else. The Fourth Amendment protects you against “unreasonable search and seizure,” but increasingly, in an era where the vast majority of our private communications go through a third party, law enforcement is expanding the definition of what a “reasonable” search is.

The rest over here.