Politics for People Who Hate Politics ep. 2 (A Double Episode!) Tuesday Apocalypse: War of the Worlds

Lucy Steigerwald at VICE: The Dangers of Calling Police on the Mentally Ill 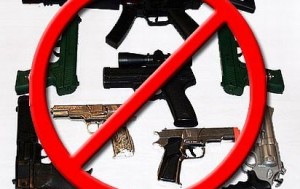 Here be the latest Bad Cop Blotter. I had a paragraph, then a smaller tangent about the civil liberties doozies that come with involuntary commitments, but VICE editor dubbed it too tangental. Which is fair enough, but is also an important reason why people might fear getting help for a loved one. Police may kill your mentally ill relative, or just take them to prison. Mental health officials may help them, and it may be a good thing, or they may be indefinitely detained and drugged for acting weird. There’s no good solution here that I can see.

After any mass killing comes the wave of stories that ask why no one saw the tragedy coming. Those who knew Elliot Rodger—who killed six people on May 23 in Santa Barbara, California—were likely aware he was disturbed. The 22-year-old had been under psychiatric care since the age of eight, according to the New York Times; Rodger suffered from anxiety, depression, and likely high-functioning autism, and he became progressively more and more isolated as he went through adolescence.

From what I’ve read, his parents tried to help him as best they could: His mother even called the cops when she found his distressing YouTube videos. On April 30, Santa Barbara County sheriff’s deputies questioned Rodger—who managed to talk them out of searching his apartment—but they apparently never actually watched the videos before deciding he wasn’t a threat to anyone else, nor did they check the relevant databases to see if he was a gun owner. It’s easy to criticize the authorities for not divining that this reclusive loner was more violent than other reclusive loners, or to tut-tut at Rodger’s parents for not persuading the police to respond more aggressively, but doing so ignores the serious consequences of calling the cops on a mentally ill relative, and how limited law enforcement’s responses are.