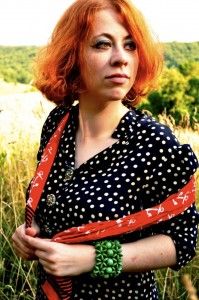 Yesterday afternoon my Aunt Soozy demonstrated heroic effort in order to find me a 3G-able phone spot so I could do a HuffPost Live segment on kids today and big government. We were, I might add, wandering through Northern California’s Avenue of the Giants (redwoods!) when I got the very last-minute email. But hurray, hurrah technology! It worked, thanks to my new phone!

Also present for the satisfyingly shouty encounter was Reason 24/7’s Jerry Tuccille, who I have never met in real life, but is clearly a dear human, based solely on internet interactions and conference calls quips. After I hung up I realized that the token lefty (yes, she was outnumbered, with two libertarians, one conservative  and a seemingly conservative host! So strange, that.) had been none other than Moe Tkacik, long ago of Jezebel when it was better, and more recently of this libertarian-frenzy-inducing Gawker hit piece on Dorian Eletra, the maker of everyone’s second favorite song about Hayek (and there’s really no shame in second place, mind). So that was bizarre.

Still, it worked. I, as a Hit and Run commenter helpfully noted, botched the first question (and I have never been given the first question on anything!) for which the host read an idiotic quote by an Alternet writer full of every libertarian slur-cliche possible. But it — and I — got better, more comfortable, and more argumentative as it went on. Of course, Jerry tended to just underline my stammering points by being more articulate  but the winner there was liberty, dammit.

Watch away, lovely readers. I would have combed my hair a little, but the aim is to be Moynihan on camera. Still working on that.