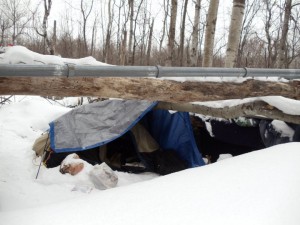 “…Quite simply, advocates for the state can have it both ways. Private charity can never feed all the hungry or mend the sick, they say, so we simply must have government. What’s that? You don’t have the proper papers for giving out that food? Sorry.

The New Deal arguably began the demise of mutual aid societies and other voluntary charities and social securities and the Great Society mostly finished the job. The current common attitude about charity  is beautifully summed up by the late, great Harry Browne who said, “Government is good at one thing: It knows how to break your legs, hand you a crutch, and say, “See, if it weren’t for the government, you wouldn’t be able to walk.”