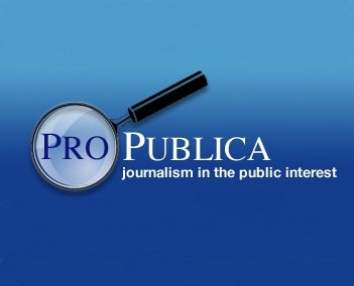 Daily Beast has a long, quasi-useful but flawed piece on an alleged victim of gas company greed/evilness/fracking.

It’s from Pro Publica, the journalism outfit that passes off its imbalanced agit-journalism as the work of “an independent, non-profit newsroom that produces investigative journalism in the public interest.”

Read it if you care — the headline, of course, contains the f-word to attract attention.

How Chesapeake Energy, the Kings of Fracking, Double-Crossed Their Way to Riches

And here is the comment I put up on the Daily Beast site, asking a few questions and pointing out a few of the holes in Pro Publica’s piece that might, you know, help to put landowner Joe Drake’s troubles in perspective, and, you know, provide some basic facts to help readers judge whether he’s really a victim, a dummy or a tool of tilted journalism:

But how about a little more detail from Pro Publica on what Drake got — total — for his gas.

What did he get per acre from Chesapeake when he signed with them?

How many months did he get his royalty checks and what were they per month? (He got about $60k for a few months; that sounds good — what did he get the first year?) What was the gas volume of his wells? How many actual wells does he have?

Drake must have neighbors — are they getting screwed too? (There are more than 1100 active gas wells in Bradford County.)

Or is he the only unlucky one? How many landowners like him are there? How about some details about their experiences — good and bad. A lot of them are happy to be rich on gas money, I bet.

Generally, if you own 100 acres and the wells have been drilled and are producing gas from the Marcellus, you will be a millionaire: If you have 100 acres in western pa, you get (depending on the market) 2 or 3 or 5 thousand per acre to sign, and then at least 12.5 percent in royalties; in southwestern pa gas companies are now offering $6k an acre to sign — for 10 acres or more — and 18 percent royalties.)

Is that what’s going on with Drake’s drop in royalty revenue. I bet it accounts for a lot more than the jacked up transportation costs — but you can’t tell from this article, can you?

“But then, in January 2013, without warning or explanation, the expenses withheld from Chesapeake’s royalty checks for use of the gathering pipelines tripled. Drake’s income dwindled.”

How about a detail here? — like from what price to what price?

Yeah, Chesapeake and its boss seem uniquely sleazy/devious; yeah, the energy companies are evil and greedy; yeah, yeah, capitalism sucks and fracking will create earthquakes or set the planet on fire.

But a lot of basic journalism has been left out in this “investigation.”