Anyhoo, here’s the latest podcast with Sheldon Richman. In it we chat about minarchism versus anarchism, and whether government can ever be limited. Check it out, and check out past chats on Liberty.me including my moderation of the left libertarianism debate between Richman and Walter Block.

Podcast With Sheldon Richman: A Libertarian Take On Gay Marriage

On Tuesday, Sheldon and I discussed the libertarian take on gay marriage, and the dangers of expanding government power even in a positive arena. We also had some fun tangents about trucking deregulation and knowing when to celebrate a victory even when it’s not a perfect one. Watch, and go read all of Sheldon’s works, starting with his blog.

Please enjoy my libertarian podcast where ranting is optional, and smashing the state is mandatory.

Our enthusiastic, liberty-loving panel discussed President Obama’s immigration order and the dangers of executive power — even when it’s doing something we like. We then had a long talk about the idea of rape culture — going off of Cory Massimino’s new, controversial piece that cites it as an example of spontaneous order. There were a few tangents about popes, and what the state really consists of, and whether yelling at Meter Maids is good for liberty. We concluded with Jeff Tucker’s harsh words about fancy wine.
Host: Lucy Steigerwald, writer for VICE, Antiwar.com, and Rare; editor in chief of The Stag Blog; @LucyStag
Panel: Jeffrey Tucker, Chief Liberty Officer for Liberty.me; distinguished fellow at the Foundation for Economic Education; @JeffreyATucker
Cory Massimino, Associate Editor of DL Magazine, a Fellow at the Center for a Stateless Society, a Students For Liberty Campus Coordinator, and a Young Voices Advocate; @CoryMassimino
Joe Steigerwald, managing editor and technical wizard of The Stag Blog; bassist for Act of Pardon; @steigerwaldino

Politics for People Who Hate Politics: Anarchism and the Free State Project

Officially: Lucy Steigerwald chats with podcaster, writer, gun-toter, and Free Stater Calvin Thompson about why he joined those crazy kids up in New Hampshire, and why he calls himself an anarchist without adjectives.

Unofficially: I chat with my friend Calvin about why the hell he moved to New Hampshire, while trying to stifle the urge to make him say things like “there will come a reckoning” in his outstanding North Carolina accent. 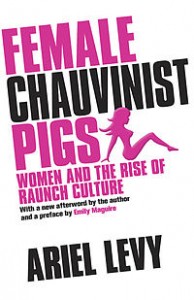 Two Cheers for Anarchism by James C. Scott: a great point about the true meaning of anarchism buried under economic wrongness and political timidity. Still somehow net quality, and see my Reason review for more details there. Maybe I was just excited to have a lefty-dude I can still recommend.

The Art of Being Free by Wendy McElroy: the woman who bridges the gap — hell, bothers mentioning the gap — between the Henry David Thoreau who sat in jail on principle and the one who said “the state was nowhere to be found” while picking berries; who also manages to be optimistic about the future while dubbing the U.S. a police state, break out the lesser-known libertarian heroes like R. C. Hoiles, and basically be a way better libertarian than most of us.

Female Chauvinist Pigs by Ariel Levy: holy 2004 panics, Batman! A slight book borrowed from friend’s bookshelf and read one insomniac night. Some fine points, truths, observations  buried under a screamingly anecdotal, panicky, judgmental  lefty-worried mess of writing. Levy is particularly judgmental towards sex workers, falling into the “nobody chooses that” trope. Indeed, anything where sex and money are remotely connected seems to worry her greatly. Meanwhile, the points that ring the most true for me were, say, comparisons between Jay Leno (who is let’s face it, very odd looking) and the gams-showing, cleavage-baring Katie Couric monster who filled in on for Leno on The Tonight Show. IE  am not as worried about people selling sex, period, as I am frustrated by the same jobs requiring different things from a man and a woman, namely the latter always needs to sexy while doing [it]. Bonus: felt slightly more guilty than usual for wanting to go on Red Eye so much after reading.

[Halfway through] Wrestling With Moses: How Jane Jacobs Took on New York’s Master Builder and Transformed the American City by Anthony Flint: Urban outrage never used to interest me, dad’s railing notwithstanding, until I realized just how God damned nasty people like Robert Moses were towards the poor, etc. No wonder dad was such a big fan of Jacobs’, and indeed interviewed her for Reason in 2001! (Dad also did an epic piece on Pittsburgh eminent domain in 2000.) Nevertheless, the writing quality of Flint is only so-so, and though I care, like economics, I have to read semi-slowly in order to get the proper details to care the proper way. Somehow, as much as I want to be Dad or Jim Epstein in my outrage for the downtrodden urban man, it does not come as easily as I wish. Mainly because they’re great at that sort of piece, and I am God damned lazy.

[Skimmed] Pledged: The Secret Life of Sororities by Alexandra Robbins: Another one from the bookshelf of the aforementioned friend. Flipped through and read bits here and there tonight/today. Not nearly interesting a subject to be interesting, not trashy enough to be really worth savoring. Especially not after the numerous episodes of Degrassi this household has watched in the last few weeks. It felt tame, but angsty, but not relatable angsty. Bonus: need to shame friend further for having read this instead of Hitch-22 when she received both for last year’s Christmas. Other thought: Alexandra Robbins, sure, you count as an “investigative reporter” for doing this, but something about this is so rom-com that I cannot take it seriously. You just cannot be not played by Kate Hudson in the movie in my head. Ugh.

[Begun] A War of Nerves: Soldiers and Psychiatrists in the 20th Century by Ben Shepard: It’s from 2003, I have read 20 pages, and I already feel like it’s judging me for having a “fashionable” interest in the subject of shell-shock thanks to the amazing ’90s novel Regeneration by Pat Barker. And holy hell, I need to read more fiction, eh? Nevertheless, fascinating subject. I feel like a horrible person when I say this, but it’s a relief in some ways that so many people respond so poorly to warfare. Because if that doesn’t fuck you up, what should? And indeed, if humans react so badly to being put in that situation, doesn’t that bode well for us as a species, just a bit?