’cause Mike Miller is going to be on Politics for People Who Hate Politics tomorrow at 6 pm. Do tune in.

He’s working on a solo album produced by Dave Rawlings. I am very excited about this. 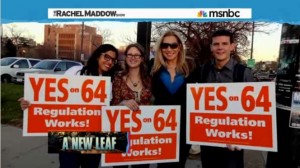 2012 saw two states legalize (and regulate) recreational marijuana.These victories — this amazing feeling that something is really shifting on the drug war, albeit far too slowly — are heady for the anti-drug war advocate. But they should not make anyone soft on the other horrors of the drug war. Especially those that stem from crackdowns on stronger, more dangerous and controversial drugs, in particular prescription drugs — especially painkillers. 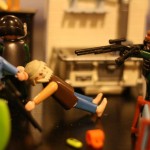 they took an unprecedented step towards ending the drug war. I don’t mean to bash anyone who has done better work than most pure libertarians up in their think tank towers have in 70 years, but I confess to cringing a little at the Marijuana Majority‘s  “regulation works” signs [Edit: Marijuana Majority’s Tom Angell says he was “proud to hold” those signs, but the Amendment 64 campaign people were the ones who made them.] Good for the getting the moderates on your side, but — does it work? What about painkillers?

Reason‘s Jacob Sullum has done a great job shedding light on those who get caught in the machinery of restrictions on painkillers. So has Huffington Post’s Radley Balko, who noted that fear of prescription drug abuse is not dissimilar to any other drug moral panic. From crack babies to bath salts, the thing about drug panics is that they tend to be overblown and they tend to ignore either the people in jail or the people who actually need the drug. 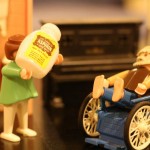 In fall of 2011, the LA Times breathlessly reported that drug overdoses killed more people than car wrecks (37,485 vs. 36,284) in 2009. Indeed, mixing of depressants is dangerous. Informing people of this is important. (Also, yay, fewer car wrecks!) But the answer to that danger, in state fashion, is to punish people in pain and frighten doctors into violating their oaths to help. Freaking out and demanding that people just do something, dammit, doesn’t hurt. (Nor does reporting that completely ignores the issue of people in pain who are not getting the help they need. As Sullum wrote in 2011:

There is an unavoidable tradeoff here between relieving the suffering of innocents and saving people from their own stupidity, and the morally correct choice should be obvious.

The Obama administration suggested that every state have computerized 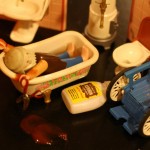 prescription drug monitoring programs. Currently 42 do. This sort of legislating is par for the course for Office of Drug Control Policy head Gil Kerlikowske’s faux-benevolent “third way” when it comes to drug policy. That is, we keep the drug war right on going, but don’t use such unseemly (accurate) terms as “war.”

As Reason‘s Mike Riggs has previously reported, Kerlikowske’s “nicer” policies still mean a life can be wrecked by possession of a single unprescribed painkiller, even when that individual escapes jail.

These monitoring programs don’t even appear to do much good in reducing overdoses, either. Though “a 2010 survey found that 73 percent of Kentucky law enforcement officers who used the prescription database called the tool ‘excellent’ for obtaining evidence.”

Pain is not quantifiable, and people build up a tolerance to opiates. So the very legitimate fear of Drug Enforcement Administration eyes on these databases makes doctors more afraid to give pain-relief seekers all that they want. This isn’t fair to doctors, since it forces them to choose between their livelihoods and their oaths to help people.  And it sure as hell isn’t fair to people who are suffering. (Today Riggs blogged this story, the headline: “Moments After Utah Man’s Wife Dies of Cancer, Cops Show Up to Confiscate Her Pain Pills“. It’s as bad as it sounds.)

The paraplegic Richard Paey is well-known case of near-life-ruin thanks to these restrictions. Paey, thankfully spent three years in prison for his “crime” of acquiring enough painkillers, instead of his original sentence of 25 years. But it doesn’t take a lot of pills, sometimes it takes two. @lakeline pointed me towards a story from last week the the death of the pregnant Jamie Lynn Russell. She died in jail after initially seeking help at a hospital due to severe abdominal pain:

Hospital staff reported Jamie wouldn’t cooperate, in too much pain to even lie down, so employees asked a Pauls Valley police officer to assist.

Unfortunately, when police found two prescription pills that didn’t belong to Jamie, police took her to jail for drug possession.

That’s where Jamie sat for less than two hours before being found unresponsive.

Oklahoma City KFOR reports that it was the hospital who released Russell and said she was medically fit to go to jail. Initial reports have already found that the jail staff were not negligent. The hospital staff have more blood on their hands, perhaps, since their purpose is to heal, not to follow every law.

Opiates are more dangerous than marijuana simply because you can overdose on them and die. When you mix them with alcohol you are risking a lot more than the spins. So when arguing for reduced restrictions on opiates, you don’t have the luxury of pointing to marijuana’s zero death toll. But this fight is just as essential as continued fighting for marijuana legalization, even apart from a moral objection to government deciding what substances an adult may ingest.

Fundamentally, when you give the government the power to control drug distribution  even in the kinder-sounding prescription-only way, you will always have stories like the ones above. And many, many more. Prohibition causes pain and suffering — it crushes freedom and it kills — but sometimes so does regulation.