Paul Krugman Thinks War Vets Have the Healthcare We All Need 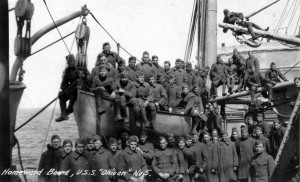 The Veterans Health Administration — the U.S. Post Office of American health care — has always been awful.

I remember 30 or maybe 40 years ago, when it was just the VA and not the VHA,  hearing vets and others complain about the lousy care, the crummy hospitals, the third-rate doctors.

No surprise. It was and is a government bureaucracy and it acts that way — stupid, slow, inefficient, politicized.  Like army bases and defense contractors, a VA hospital is what every congressperson of both parties always wanted in his/her district.

Now, as the horror stories march forth and the whistles begin to blow louder, we are getting a truer glimpse of the reality of the VA.

Where were the media until yesterday? Where was 60 Minutes and The New York  Times and The Wall Street Journal and CNN? Did they ever think of looking deeply and critically into the VA?

The stupid warhawk Republicans, with their insane love of the military and fear of offending it, should have been all over this subject. They should have been calling for the privatization of the VA decades ago — Oh wait.

Mitt Romney made a halfhearted peep two years ago, saying it should be partly privatized. Mitt was partly right, but the great Paul Krugman, who can’t remember the few things he wrote 20 years ago that were right any more than he can remember the scores of stupid things he says now that he’s the Times op-ed page’s house weasel, was completely wrong.

This is what the Noble-winning, formerly honest economist said about the VHA and Romney’s half-smart idea:

What Mr. Romney and everyone else should know is that the V.H.A. is a huge policy success story, which offers important lessons for future health reform.

Many people still have an image of veterans’ health care based on the terrible state of the system two decades ago. Under the Clinton administration, however, the V.H.A. was overhauled, and achieved a remarkable combination of rising quality and successful cost control. Multiple surveys have found the V.H.A. providing better care than most Americans receive, even as the agency has held cost increases well below those facing Medicare and private insurers. Furthermore, the V.H.A. has led the way in cost-saving innovation, especially the use of electronic medical records.

What’s behind this success? Crucially, the V.H.A. is an integrated system, which provides health care as well as paying for it. So it’s free from the perverse incentives created when doctors and hospitals profit from expensive tests and procedures, whether or not those procedures actually make medical sense. And because V.H.A. patients are in it for the long term, the agency has a stronger incentive to invest in prevention than private insurers, many of whose customers move on after a few years.

And yes, this is “socialized medicine” — although some private systems, like Kaiser Permanente, share many of the V.H.A.’s virtues. But it works — and suggests what it will take to solve the troubles of U.S. health care more broadly.