From the latest Bad Cop Blotter: 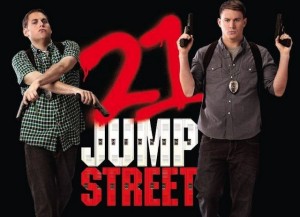 On December 11, 2012, 17-year-old Jesse Snodgrass and a few of his fellow students were sitting in their classes in Chaparral High School in Riverside County, California, when they were arrested by armed cops. That raid, dubbed “Operation Glasshouse,” also extended to other schools in the district. At the end of that day, police had arrested 22 students and seized undisclosed amounts of weed, cocaine, pills, heroin, and LSD. The police considered it a great success. Snodgrass’s parents were horrified.

The March 14 issue of Rolling Stone has a detailed, disturbing account of how Sheriff’s Deputy Daniel Zipperstein went undercover at Chaparral and subsequently pretended to befriend Snodgrass (who suffers from autism, bipolar disorder, Tourette’s, and anxiety) and insisted he sell him $20 of weed on two occasions. It only took the 22-year-old cop 60 text messages and weeks of pestering to bend the vulnerable and largely friendless teenager to his will, but when Zipperstein failed to convince Snodgrass to sell him some of his anti-anxiety medication, the deputy stopped pretending to be his friend.

Snodgrass’s parents weren’t informed of his December 11 arrest until the school mentioned he wasn’t there. He spent three days in juvenile lockup, where it had to be explained to him what was going on. Once a judge realized Snodgrass’s health issues, the teen got off with 20 hours of community service and a commitment to stay out of further trouble for six months. But he became withdrawn, blank, and depressed after his arrest and confinement, and Chaparral expelled him. The Temecula Valley Unified School District spent six days at an appeal hearing in February 2013 trying to make sure Jesse stayed gone. An actual human with the actual title of director of Child Welfare and Attendance, Michael Hubbard (one of the few people in the school administration who had known about Operation Glasshouse before the arrests) testified that Jesse knew right from wrong. Hubbard added that he didn’t think the stings were “coercion or entrapment for any of the kids.” That is, an undercover cop begging an autistic teen (who hadn’t ever sold weed before) for drugs was acceptable activity in a high school.

You can read the rest here