Freaking Out the Squares 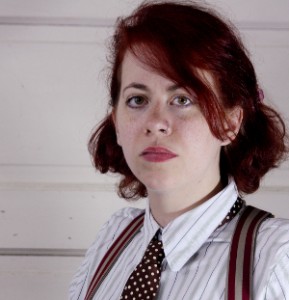 I understand the premise of the insult when a cascade of neo-Nazi trolls suggest that I am ugly, un-doable, and/or Jewish. Nobody wants to be ugly, and a woman is supposed to be extra skittish about the very idea of someone thinking her repulsive. (Obviously calling someone Jewish isn’t an insult, but Nazis, those poor dears, are trying.)

But what to make of the folks who send me emails insulting my nose ring, calling my a bull and a cow? They know I chose the nose ring, right? It was something I selected and paid for, not a tragic birthmark. Calling attention to a fashion choice seems like an oddly ineffectual way to be cruel. “The thing you like is bad, and I am pointing that out!” I must know that my taste is making me less attractive to them. It always comes down to the type of men who believe in reporting what their pants are doing. Strange Women Must Know Whether I Find Them Hot, and If So, How Hot!

Twice while clashing on Facebook with people of the right, I was called a cross-dressing, or someone dressed in men’s clothing because at the time my profile pic was of me wearing a tie and suspenders. I also had long hair, lipstick, and a fairly femme look, as you can see above.

Piercings are not exactly breaking new fashion ground in 2016. Ladies in men’s wear is tragically underappreciated, but far from unprecedented. And yet, these people seem genuinely disgusted and troubled by this small aesthetic choices (mustn’t show them my legs then).

This is why trans people, femme gay men, tough lesbians are amazing. Not trying to condescend about special flowers and the youness of you, but people are assholes a lot. And more to the point, they’re weirdly terrified of anything outside the norm. And to a surprisingly large number of them, outside the norm involves a nose ring or a tie on a woman. To kick gender roles and “normal” identity in the ass is an amazing thing. It’s very cool, and it’s actually brave (not like wearing a tie).

It doesn’t have to be teenage rebellion, or pretense of having a wholly original look. You’re not a maverick for daring to pierce your nose (or even BOTH SIDES OF IT). But I love my nose piercing more than I ever thought I would — it’s like my face is fancy every day!

Freaking out the squares is so oddly easy.