Have a Merry Libertarian Christmas, courtesy of Father Sirico

Eleven years ago, as another Christmas approached, I called up my favorite libertarian priest, The Rev. Robert Sirico, for some unique and principled seasonal advice.

Sirico is not your ordinary parish priest.

He is not only the pastor of Sacred Heart of Jesus Catholic Parish in Grand Rapids, Mich., he’s the co-founder and president of The Acton Institute, 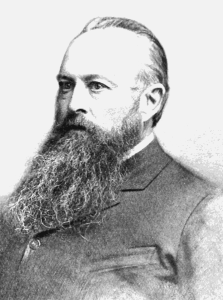 a market-friendly think tank devoted to promoting “a free and virtuous society characterized by individual liberty and sustained by religious principles.”

Father Sirico sums up the purpose of the Acton Institute, by reminding us of the beliefs of its great and brilliant namesake and relentless advocate of human freedom,  John Emerich Edward Dalberg Acton (1834-1902).

Lord Acton gave us much, much more than his most famous and always apt quote:

Power tends to corrupt and absolute power corrupts absolutely. Great men are almost always bad men, even when they exercise influence and not authority; still more when you superadd the tendency of the certainty of corruption by authority.

Summing up his institute’s mission, Father Sirico says on his institute’s web site that, “Acton realized that economic freedom is essential to creating an environment in which religious freedom can flourish. But he also knew that the market can function only when people behave morally. So faith and freedom must go hand in hand. As he put it, ‘Liberty is the condition which makes it easy for conscience to govern.’ ”

Father Sirico has been a frequent contributor to the country’s top op-ed pages and a regular commentator on TV. Brooklyn-born, a lefty in his youth, he’s made it his extra-spiritual calling to educate future religious leaders about the principles — and moral virtues — of a free-market economy.

The Qs and the As:

Eleven years ago, when I was a real journalist at the Pittsburgh Tribune-Review doing a weekly Q&A with smart or important people like Father Sirico, I called up my favorite man of the cloth up and asked him about Christmas, gift giving and the health of Christianity.

Q: Why has Christianity been so successful for 2,000 years?

A: I think we have to understand that Christianity inherits a lot of its presupposition from Judaism, so we have to begin by linking Christianity to Judaism, which parenthetically is why Christianity has no place for anti-Semitism in it. I think that Christian and Jewish anthropology accounts for having laid the foundation for the building of societies that are free and virtuous. This understanding of who the human person is — in a transcendent dignity but a physical reality, a real-world embrace of contingency, of historical circumstance, indeed the emergence of economics — comes from this anthropological understanding. If I was to point to one thing, that would be the one thing that accounts for the success of Christianity and the building of Western Civilization.

Q: What or where are Christianity’s most important challenges today?

A: Today the greatest challenge of Christianity, both here in the United States and most acutely in Europe, is the challenge of secularism; the attempt to live off the legacy of Christianity without reference to its roots. What secularism does — and its moral companion, moral relativism — is attempt to have structures and appearance and success predicated on a Judeo-Christian ethic but without reference to the obligations and even the dogmatic formulations that are attendant and explicate those roots.

Q: Looking around the world, do you see Christianity gaining or losing its moral authority in our day-to-day lives, especially in politics and culture?

A: I think this is the struggle in the United States right now. In some sense, pockets of Christianity have lost a sense of moral authority. We’ve seen this in the mainline churches and to some extent in the more progressive elements of the Catholic Church– where these religious officials have substituted a confident proclamation of the traditions of the faith with a kind of politically correct and sociologically based agenda. So you see in the various statements of the religious headquarters a preoccupation with political, social issues — a kind of displacing of the theological paradigm, which is centered on God, on revelation, and in the case of Christianity, of Jesus Christ, with a sociological or psychological paradigm.

But the elements of Christianity that are growing are the traditional elements within Catholicism, in large part as the result of the encouragement of the model they received from Pope John Paul the Great and now Benedict the 16th and within evangelical Christianity, which has become rather sophisticated. It is not the kind of shad-belly, snake-handling, uneducated-preacher type any more. You have highly accomplished, intellectually sophisticated representatives of evangelic Christians.

Then on top of that, I think that the most interesting, exciting and vibrant dialogue that is occurring right withinreligious communities right now is occurring between evangelicals and traditional Roman Catholics … that is, Catholics who really believe in theteaching authority of the church.

Q: Does Christianity have anything to fear from Islam?

A: Let me say that this encounter with Islam, for Catholicism, is not a new thing. Catholicism has encountered Islam in its various phases and various traditions over the centuries…. The important thing that I think was underscored by the Regensburg speech in Germany by Pope Benedict is that we must come to an understanding that religion must utilize reason in order to create the opportunity for conversation. If we simply resort to violence in settling our religious disagreements, then very soon there is bloodshed and things that would undermine the basis of civil order.

This is a warning not just directed to the more extreme elements of Islam. The speech by Benedict was really a warning to the West, which is rejecting reason along with Christianity. You find that many philosophers, especially those of the deconstructionist model, no longer believe that the human mind, and hence reason, has the capacity to apprehend truth — that there is no truth. This is associated with moral relativism.

So the threat comes not just from fundamentalist Islam, jihadist Islam, but also from highly secularized elements of European and American culture. I would like to think that the more moderate elements of Islam, who are repulsed by the hedonism and the secularism they see, might be willing to find some common cause with traditional Christians in promoting a society that can remain virtuous and retain a religious reference point.

Q: Christianity and Islam — didn’t they coexist rather peacefully at some point?

A: There was a period of several hundred years where they did. In the strict reading of the Koran, Christians would have to pay a tax for being Christians. But being people of ‘the Book,’ they wouldn’t necessarily be executed. They were certainly seen in the book — in the Koran — as second-class citizens. The question is whether Islam can formulate, or reformulate, an understanding of themselves that has a sense of tolerance and makes the distinction between the power and authority of the religion and the legitimate secular authority. Christianity did this predicated on Jesus’ words ‘Render unto Caesar’s what is Caesar’s and unto God what is God’s.’ Islam apparently has greater difficulty in doing that. In one sense, Islam is awaiting its Augustine, it’s awaiting its Aquinas, to help formulate and develop these distinctions. That really is the debate: Can Islam develop? The more-jihadists say no, the text is written and is fixed and there is no exegesis. There is no development the way you had in Christianity. Therefore there is no distinction between power — which is coercive and external, namely government or legal — and authority, which is internal and moral — which would be the church’s role. Both power and authority are forms of constraint, but one is coercive and the other is based on persuasion.

A: I don’t think capitalism is a natural enemy of Christianity. Capitalism is really an inadequate word; it only describes one dimension of what is really human freedom and choice in the economic sphere. Choice is morally neutral. It’s the chooser who can be moral or immoral, not the ability to make the choice. You have to have the ability to make the choice in order to choose. I think it is a mistake for religious leaders to condemn the free economy based on some of the results. What they may want to do is condemn the choices that people make and the lack of moral formation that they have.

But the notion of gift-giving as being sinful at Christmas is absurd. Where do we get gift-giving from? The Magi. They brought the gifts to Jesus. But I think it is very easy to lose focus on the core meaning of the season, which is human relationships. A part of that is economic, but not the whole of it.

Q: You recently wrote a column about how the act of gift-giving relies heavily on an economic system that allows free exchanges between individuals. Can you explain?

A: You can’t be generous with which you don’t first have — with which you have not first produced and possessed. So there is this moral dimension to it. The real danger is when you lose focus and the mere act is an end in itself, or the mere giving, or the mere buying, is an act in itself. This diminishes the understanding of who human beings are.

Q: Does that mean that it’s the end and not the means that matters? Usually it’s the other way around.

A: I think it’s both a means and the end. You have to be headed in the right direction — the end. You need to choose the appropriate means for that and I think market activity is an appropriate means to a right end. But economics as such does not have a moral reference point. By itself, economics tells us nothing about what is good and bad. It will only tell us what is in supply and what is scarce.In order to bring the moral reference point, you have to have human beings who are formed with a moral sensitivity.

Q: What’s the best Christmas gift anyone can give another person?

A: I think themselves. By that I mean love, relationship. Sometimes that will take the form of a material expression. The best gift is the gift of self, because in giving oneself, one is giving everything else. After all, this is what follows the model of Christ himself. In his condescension to come to Earth to be with us, he gives himself. There was a cute little takeoff of the Hallmark slogan years ago that Christians used — ‘God cared enough to give the very best.’ I don’t mean to be just poetic in saying it, but I think the best gift we can give people is ourselves.