True Crime: Ferguson vs. Pittsburgh Firefly is Libertarian, and Serenity is Totally About Whistleblowing

But he was — and probably still is. 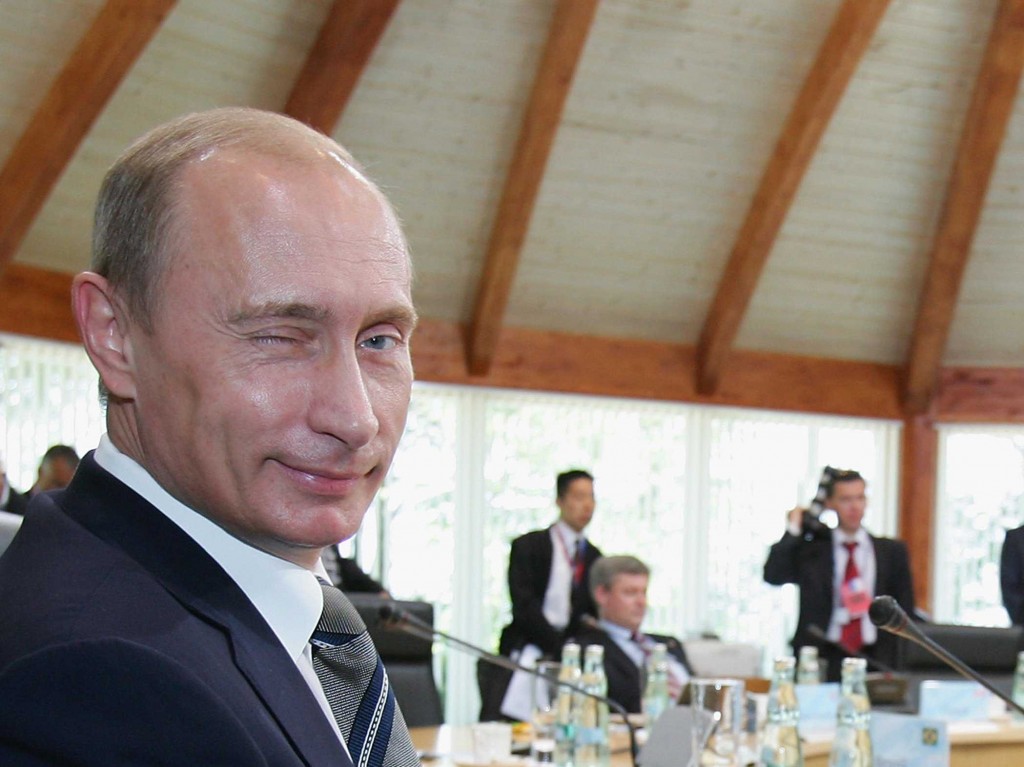 A year ago Putin warned the Obama administration about the folly of intervening in Syria on the side of the rebels.

We (i.e., Obama) chickened out/smartened up and did not  send troops to Syria to dethrone the tin-pot thug Assad. We had already turned the Middle East into a bigger political hellhole than it already was by going into Iraq in 2003.

The Washington Post has a piece out now  entitled “Was Putin right about Syria?” Based on these quotes from a Putin op-ed in the  New York Times op-ed last September, he was:

A strike would increase violence and unleash a new wave of terrorism. It could undermine multilateral efforts to resolve the Iranian nuclear problem and the Israeli-Palestinian conflict and further destabilize the Middle East and North Africa. It could throw the entire system of international law and order out of balance.

Obviously, real bad shit was happening in Syria and it would have kept happening with or without inserting U.S. men and planes.

But as Putin’s ghostwriter  said, “Syria is not witnessing a battle for democracy, but an armed conflict between government and opposition in a multi-religious country.”

Putin correctly/sensibly/realistically said that Assad, though a major league monster, was a stabilizing force who was preferable to the religious fanatics who’d replace him. He also pointed out that the rebel cause in Syria was attracting Islamist zealots/morons from the West.

Mercenaries from Arab countries fighting there, and hundreds of militants from Western countries and even Russia, are an issue of our deep concern. Might they not return to our countries with experience acquired in Syria?

It really is depressing how stupid American foreign policy-makers have been since President Woody Wilson came up with the idea that America should use its guns, money and soldiers to force Western-style democracy on all nations.

Our great leaders never learn about the folly and inevitable failures and (always predictable) unintended consequences of sending armed missionaries to take over bad countries and make them good.

Guess who was right all along about the folly of going to war in Iraq?

That is, not counting Pat Buchanan, 156 members of Congress (seven brave Republicans) and thousands of others who opposed or voted against the Bush administration’s war plans for a multitude of good moral, principled, pragmatic, partisan or personal reasons.

The damn French were right. So was a nobody from the American Heartland.

On Feb. 14, 2003, as President Bush and his neocon dream team geared up to take down Saddam, French Foreign Minister Dominique de Villepin  made a vain attempt to cool Bush’s pre-emptive jets.

The “premature recourse to the military option,” he began, might appear to be the “swiftest” way to strip evil Saddam of the weapons of mass destruction.

But “let us not forget that having won the war, one has to build peace. Let us not delude ourselves; this will be long and difficult because it will be necessary to preserve Iraq’s unity and restore stability in a lasting way in a country and region harshly affected by the intrusion of force.”

Nine months later, as Iraq began its spiral into bloody chaos, De Villepin offered this unheard advice to America on CNN: “Don’t believe that you are going to solve Iraq because you are going to send more troops or more money.”

America had plenty of its own anti-war Cassandras who predicted the many bad things that invariably go wrong when you send armies to occupy, democratize and police a foreign land. They were all ignored, ridiculed or slurred for being cowards, just like the surrendering French.

One of the sharpest-eyed predictors who warned America’s Interventionist Industrial Complex to stay out of the Middle East came in 2002 from some unknown state senator from Middle America, where American non-interventionism used to be a religious tenet.

“I don’t oppose all wars,” the nobody said in a speech no one heard as the Bushies rattled their sabers and eyed Iraq.

The nobody droned on.

Even a successful war against Iraq, “will require a U.S. occupation of undetermined length, at undetermined cost, with undetermined consequences.” Among other accurate things, the nobody added it also would “strengthen the recruitment arm of al-Qaida.”

That wise counsel, of course, came in English from Illinois state senator Barack Obama. But even he didn’t listen to himself.