Rolling Stone is Just Trolling Us With Jesse A. Myerson 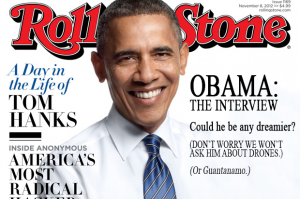 It’s a new year, but one thing hasn’t changed: Rolling Stone still blows. In fact, they’ve always blown. From the day those commie bastards trashed Zeppelin’s first album in a spectacularly ill-conceived and shortsighted take down of a band that was so far beyond Rolling Stone‘s hippie-“man” scope of musical comprehension that only their trying-to-hard, hipper-than-thou-basis-of-all-Pitchfork-reviews-ever-written, review of Led Zeppelin II could make it seem reasonable.

Forty-five years later and little has changed. Their head political writer, Matt Taibbi is an asshole and former comrade of two of the worst “journalists” (if not people) on earth, Mark Ames and Yasha Levine. These three delightful human beings were part of the Russia’s number one expat newsletter, Exiled. Yet even while living in the shadow of a psycho like Putin, minutes from the gloried relics of the worst authoritarian regime in human history, somehow they came back even more convinced of the glories of big governments.

Taibbi has the annoying tendency of correctly identifying the problems plaguing America — corruption, corporate cronyism, the drug war — then blaming it all on lack of government oversight, instead of too much government power.

But at least Taibbi is a well-known author with years of journalistic grunt-work under his belt. He’s written for well-known publications like Men’s Journal, The Nation, New York Press and Playboy. He has enough journalistic bona fides that he has his own link on the Rolling Stone.com banner. His ideas may be rooted in far left territory, he’s done some pavement pounding at least.

Then there’s Jesse A. Myerson, a 2008 graduate of Bard College, (same as Taibbi) where he majored in Theatre and Human Rights. He’s a self described #fullcommunist and the author of “Five Economic Reforms Millennials Should Be Fighting For”.

(And according to his LinkedIn page has quite the talent for theater, community outreach, performing arts, improvisation and stage.) 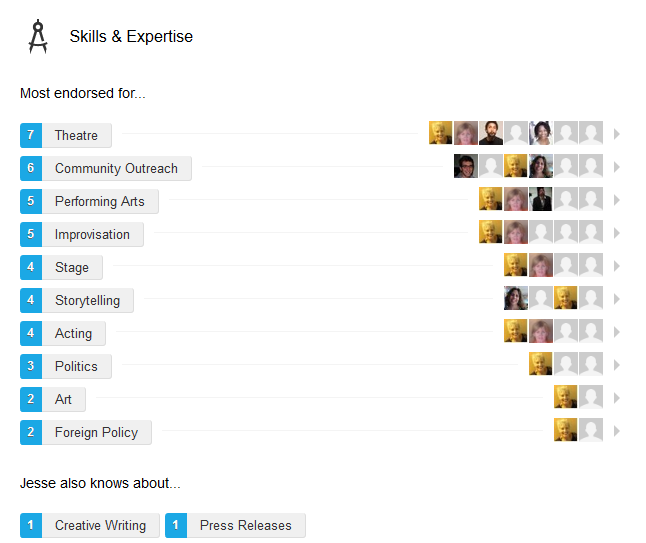 The article is the usual lefty garbage, written in the trying-desperately-to-be-hip, dumbed down, “hey buddy, doesn’t BLANK suck, you know what doesn’t suck? #fullcommunism” popularized by millenials trying to appeal to other millenials.

It’s a new year, but one thing hasn’t changed: The economy still blows. Five years after Wall Street crashed, America’s banker-gamblers have only gotten richer, while huge swaths of the country are still drowning in personal debt, tens of millions of Americans remain unemployed – and the new jobs being created are largely low-wage, sub-contracted, part-time grunt work.

Millennials have been especially hard-hit by the downturn, which is probably why so many people in this generation (like myself) regard capitalism with a level of suspicion that would have been unthinkable a decade ago. But that egalitarian impulse isn’t often accompanied by concrete proposals about how to get out of this catastrophe. Here are a few things we might want to start fighting for, pronto, if we want to grow old in a just, fair society, rather than the economic hellhole our parents have handed us.

It’s the usual. Blame Wall Street, ask for more government, and more free money. It’s a terribly written article, written by an idiot (and theater major). So why are we so worked up about it? Currently sitting at 39 thousand Facebook likes, 2,567 tweets, 287 Google+’s and 7354 comments, this story has consumed the internet so far as to have write-ups and put-downs in prestigious media havens like CNBC,The LA Times, Slate, Washington Post, Business Insider, and Forbes to name a few.

Unfortunately every time the story is mentioned, it only further inflates the numbers and prestige of an article more suited to a .blogspot than a website that gets 60,000,000 monthly page views.

Like Salon and Slate before them, Rolling Stone trots out some nobody with the sole intention of stirring up a bee’s nest of conservative and libertarian mockery, and it works like a charm.

Tremble in fear capitalist dogs! Jesse A. Myerson’s is going to blow you away with his observational communism. Behold his takes on:

And what’s the deal with Republicans? Amiright?!

Which is why no one in America should care about this article. It’s poorly written and on a subject this man is clearly not qualified to write about, in a magazine that hasn’t produced a relevant thought since the ’60s. It’s okay to ignore these obvious troll attempts, in fact it should be encouraged. Every time the conservative/libertarian outrage machine gets fired up it’s only going to lead to more of the same, namely, lots and lots of page views which begets more advertising revenue which begets more bad writing which begets making celebrity’s out of idiots like Jesse A. Myerson.

(And before you call me out on my own inability to not write about this article, please note that I wouldn’t have written about it if people more powerful than I hadn’t first. Also, we need all the linkbait we can get. Also, I have no convictions.)