One Hour Rebuttals: Sanction Russian NHL Players Memebusting: ‘The Scientific Debate on Global Warming in One Chart’ is Bad Science

Tuesday Apocalypse: Doomsday Cults and the YA Novel Gated 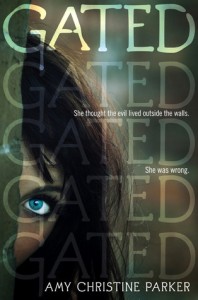 I have no idea why people join cults, and certainly the fear of cults as moral panic has caused its own misery (Waco being the most prominent example). But followers and leaders of Jonestown, The Family, Heaven’s Gate, and yes, the Branch Davidians themselves caused plenty of suffering. And every single survivor of these horrors that I have heard of speaks of their cults in the same fashion — they always say it was wonderful at first. They talk about how people loved each other so much.

I saw the ghastly Jonestown photos years before I learned that the members of the People’s Temple started out feeling as if they had found a place of benevolent communism and racial harmony. The Manson Family was hippie farm living for lost souls until it was stabbing Sharon Tate and painting the walls with her blood.

My mom is always skeptical about the trope of the neighbor who thought the BTK killer was just a charming fellow. She tends to think people can see who will go bad, or who always was bad, if they only look a little harder. But brainwashing works wonders, as does a mixture of kindness and cruelty and charisma. People join cults. People voted for Hitler. There’s got to be a reason, and we all endlessly wonder about the reason. Young Adult novels, with their angsty first person narratives and their action — not their “Oh my God, the suburbs are like, totally artificial, bro” whining — are a great format with which to explore why someone might give up their free will and what they do when it comes creeping back thanks to teenage hormones and rebellion.

In Gated, by Amy Christine Parker, our narrator is Lyla. Her parents, and her three friends, and the leader known as Pioneer are the main characters. Cute son of the local sheriff Cody is mostly a plot device for some serious faith questioning, but then, that’s lampshaded enough to be fairly unannoying. The whole idea there is that Lyla — “intended” toward her friend Will — has never had the pleasure of teenage attraction. It doesn’t matter if Cody is important himself, just that Lyla has been deprived of the pleasures of youth. Yes, all the teenagers in the cult are engaged to be married to someone picked by Pioneer, but this ain’t the Children of God or even the Branch Davidians. Everyone is 18 when they are married, so it’s nice and legal. But they do have an awful lot of guns! And a bunker!

Lyla, 17, and her family have been in the cult for ten years, since her older sister was kidnapped from the front yard and 9/11 happened all in the span of a week. The book opens with a demonstration of Lyla’s inability to shoot the human-shaped targets in the head and chest, and her scolding by Pioneer. (Yes, it’s Chekov’s gun-y.) Yes, well, it’s sort of silly to be unable to shoot a damn target. But we quickly learn this group is preparing for a time when they may need to shoot unworthy, desperate outsiders who may come for their supplies or to hurt them once they realize the truth — that the apocalypse is only months away.

For someone well versed in real cults and some of their disastrous endings (with or without an outside authority making things worse) the only question is how things are going to end for the group. Will it go Jonestown, Manson Family, Heaven’s Gate, or Waco? Parker mixes in hints that suggest it could be any of them, upping the tension for old fogy readers like me.

Though law enforcement characters are disappointingly not at all bad, the cult itself is pleasingly gray. Most of the people Lyla lives with she truly loves, but she and they are all true believers to varying degrees. The community is rigid, but pleasant and pastoral. Pioneer is all “brothers and sisters” and mood swings between joyful and wrathful God. (Very Koresh and Jim Jones, and most every other big and small molder of minds and sapper of free wills, it seems). Some of the best bits are when Lyla questions something small about Pioneer’s teachings, but demonstrates in that narration that she has yet to even consider that maybe the Brethren, the alien-god types, have not chosen her and her loved ones. Maybe they are not at all real. Instead, it’s maybe that Pioneer didn’t need to punish Lyla and her friends so hard, but certainly the apocalypse is only months away and the Brethren are watching from above. That slow build of questioning in someone already more skeptical than average, and less willing to harm potential outsiders, works flawlessly well. I suspect there would be levels of realization like that.

The prose is all basic, but YA-serviceable. It’s superior to the later Hunger Games novels, but not as interesting as the more flawed 5th Wave. Lyla herself isn’t a terribly compelling character, but then, perhaps she hasn’t yet become one due to her upbringing. Making her both solidly brainwashed and sympathetic is a hard narrative task, but Parker pulls it off well. Lyla’s friend Marie is also similarly deftly drawn. Marie is both a stauncher believer and more prone to small acts of rebellion (sneaking out with the boys, smuggling in verboten Coca Cola) than her friend. Lyla’s dad is clearly struggling with belief, whereas her mother, it is implied at the end, may never recover and go back into the world. They both commit unforgivable betrayals, but they both care about their daughter. They are credible people. They are good people who suffered, and began to believe something stupid, then wrong, then evil. You can make a whole life out of what’s been poured into your head from people who swear they know everything, and you are a cipher for their will — or the will of alien gods who have been telling you their will, depending.

The tension in Gated builds admirably towards what becomes an early deadline for the group to hide in the bunker and await the end. The ATF and police come, though Lyla sees almost none of it. The bunker is closed. Pioneer goes even more mad; and I have to say, I prefer either a true-believer villain, or one who knows exactly the evil he does (shades of The Operative in Serenity). A con man or someone enjoying the process of evil is no fun.

The very end (spoilers) is relatively happy. Only a few of the cult members die. And the final scenes are of Lyla and Will (not intended for marriage anymore, but friends again after his disbelief in her) staring at the stars with the other members of the group on The Day, waiting to make very sure that an apocalypse doesn’t come. This has shades of the Great Disappointment, but it’s more a melancholy moment of crumbling belief combined with hope that the real world might be worth living in after all. (Apocalypse averted is also important as a theme — hell, it’s the whole damn Cold War, now that I think about it.)

Gated is a satisfying picture of the types of people who need someone to follow, and then do so at the cost of their own lives. The strangest thing about it is how true it is to varying degrees for so many people in the world. There are people waiting for the end of the world every day, because they’re bitter or because the Messiah had tarried long enough. And there are many, many individuals who are quite keen on other individual wills being subservient to that of someone who knows better. Most people may not be alien doomsday cultists, but everyday nationalism and statism and much religion seems to be a difference in degree, not kind.