Talking Minarchism vs. Anarchism with Sheldon Richman The Best of New Doctor Who (NuWho) Ranked: 1-10

Why do Liberals Hate Uber and Travis Kalanick?

What is it about liberals and Uber?

They hate it — and clearly don’t understand Uber’s instant appeal to riders and its utility to old guys like me who drive for Uber part-time on Pittsburgh’s bumpy but not very mean streets. If only Uber drivers formed a union and got $40 an hour and 12 paid holidays, then liberals would leave it alone.

Liberals in the media — who somehow think America’s Yellow Cab companies are victims — want to regulate Uber so it becomes as awful and consumer-unfriendly as monopoly cabs. 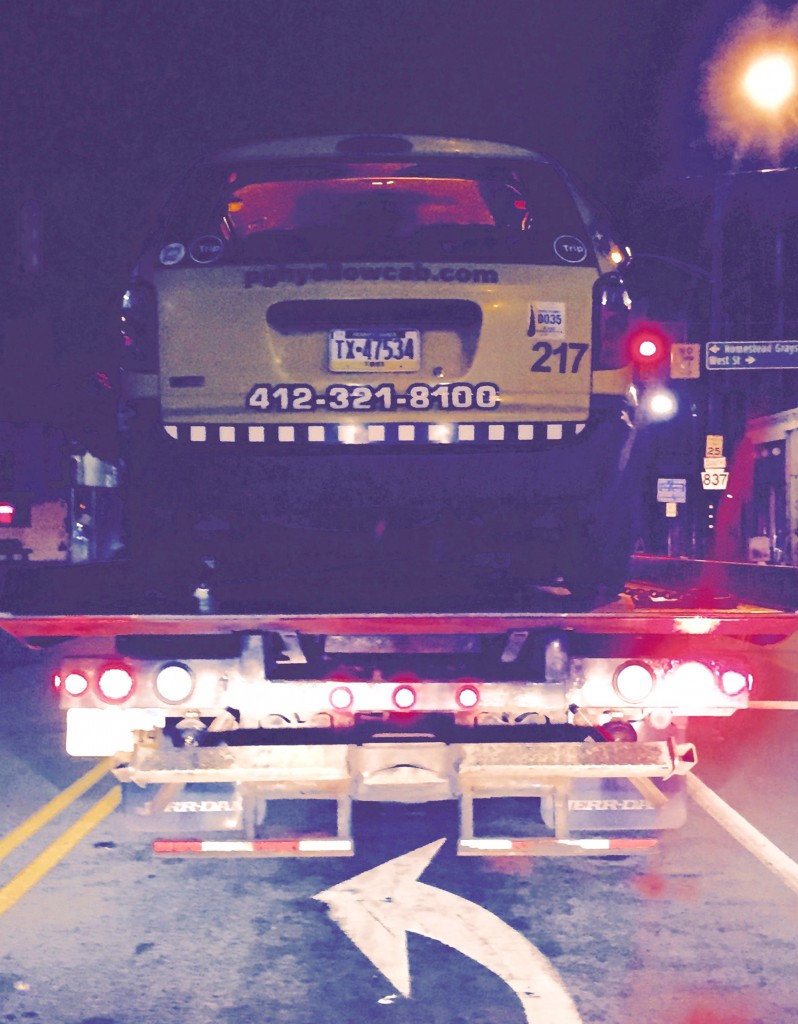 My favorite photo — a dead Pittsburgh Yellow Cab being hauled away on a flat bed, taken while I was Ubering.

Steven Hill wrote this about my brave and brassy boss for The Huffington Post — “How Stephen Colbert Blew It With Uber CEO Travis Kalanick.” Hill’s a Senior Fellow at New America and author of “Raw Deal: How the ‘Uber Economy’ and Runaway Capitalism Are Screwing American Workers,” so we all know what part of left field he’s playing in.

Since I don’t have a real journalism gig writing op-eds anymore, and since Uber does not see fit to pay me to travel America and defend it from its many media enemies, it’s become my role to write comments defending Uber and attacking Big Taxi.

The Big Uber haters in the media keep me busy. Here’s my response to Hill’s piece in Huff Po:

Steve Hill says he’s not trying to defend Big Taxi but then does a great job of doing exactly that. Big Taxi is not a victim and Uber is not a villain. Big Taxi deserves to die and it’s in its death throes. It got big about 80 years ago when, thanks to foolish New Deal thinking that thought competition was bad, nearly every state and city granted monopoly status to favored or politically connected cab companies. Most cities got one cab company that was able to charge high fares, screw cabbies with high leases ($800 a week now in Pittsburgh), screw customers with horrible often racist “service” and take advantage of the bad regulations that OUTLAWED all competition. (Meanwhile, states and cities pretended to regulate cab companies but really didn’t.) Those who think Uber — and I drive for Uber in Pittsburgh part-time — should be regulated like taxis have it backwards. Taxis should be deregulated like Uber. Uber is finally doing what no politician has ever done and no national or local news media have ever called for — opened up local transportation markets to legal competition and liberated people from the chains of Big Taxi and Big Public Transit. Make fun of Kalanick for his hyperbole if you want, but he and his pals deserve medals for disrupting and destroying Big Taxi and aggressively challenging all the bad laws that have made Big Taxi and its owners big and wealthy. I’m happy to report that based on the smiling faces of hundreds of my under-30 Uber riders, our children will never voluntarily use Yellow Cabs again.